What is a Hamlet?

Local governments in the state of New York include counties, cities, towns and villages. The communities within Town governments are known as “hamlets.”

The term “hamlet” does not have a legal definition under NYS law, but is used to identify communities within Towns (such as the Town of Babylon) that are not part of incorporated villages, sometimes referred to as “unincorporated communities.”

A hamlet does not have its own government and is under the jurisdiction of its Town for municipal services (e.g. garbage pick-up, building codes). Causing great confusion … hamlets have no official boundaries. (Outside of the state of New York, the term “hamlet” is rarely used.)

Generally, the hamlet of Copiague is bounded on the west by the Village of Amityville, on the east by the Village of Lindenhurst, and on the south by the Great South Bay. On the north, the delineation between Copiague and North Amityville is not clearly defined. Sunrise Highway is sometimes considered the northern boundary of Copiague, but it can also extend about one-third of a mile north of Sunrise Highway. 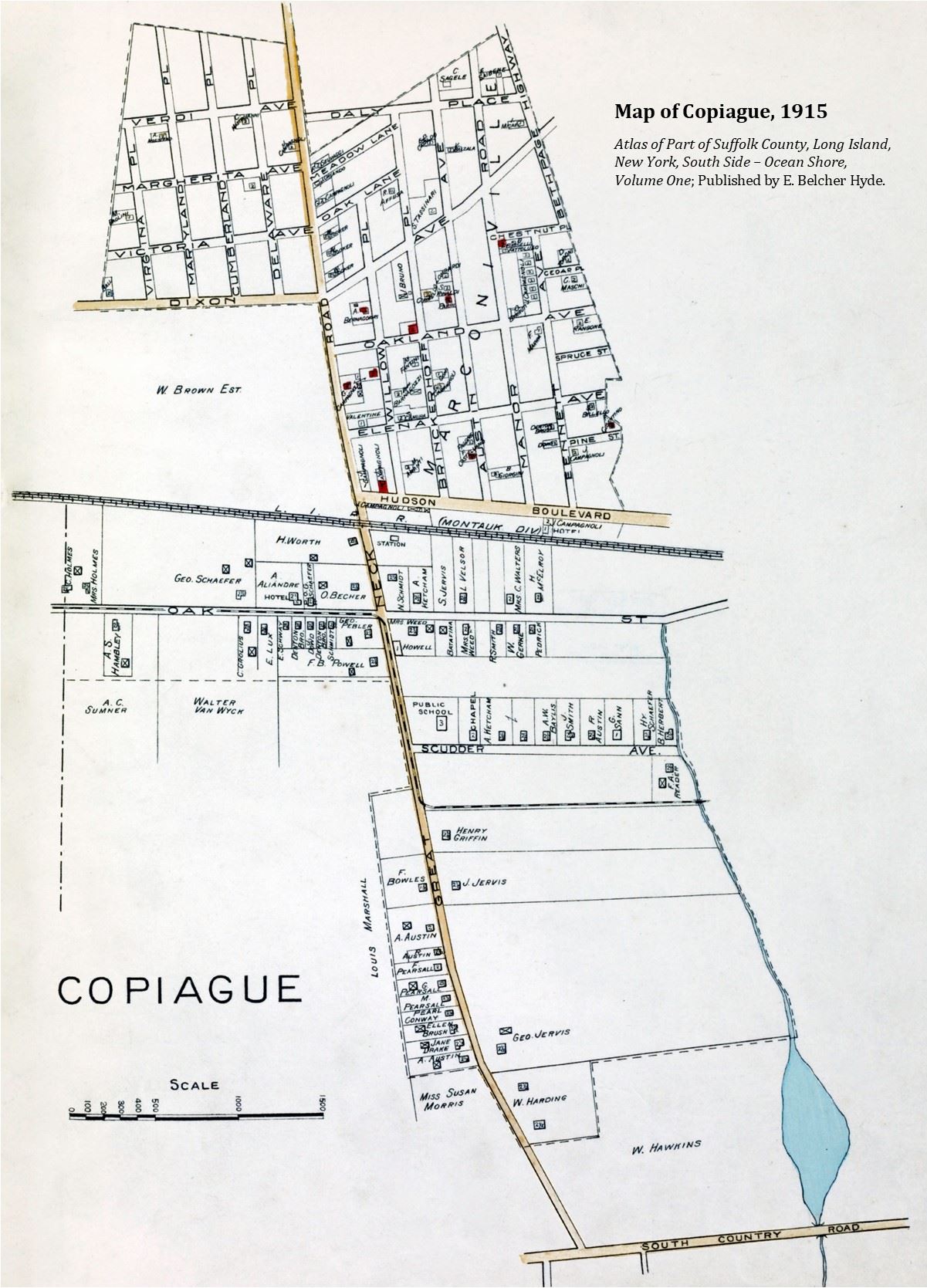